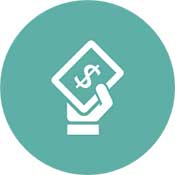 Well, how much does a pharmacist make depends on various factors such as location of work, work experience, academic background and type of employer. Getting an in-depth insight into a pharmacist salary in the U.S. will help you get ready for this challenging and high paying career in a much better way. Read on to get a well researched analysis on salary and job outlook of a pharmacist.

Total Number of Pharmacists Currently Employed in the US

There is a steady demand for pharmacists in the nation, considering the increasing use of prescription drugs, pharmacists are playing roles that go beyond a pharmacy. According to BLS, as on May 2017, there are 309,330 pharmacists working in the country.

Starting Salary of a Pharmacist

A pharmacy career is highly competitive and entry level jobs have a large number of fresh graduates vying for it. Pharmacist starting salary on an average is $87,420. Although the low start maybe a deterrent to few, the experience you gain will help you surge ahead in your pharmacy career and eventually earn higher pay scales.

Average Salary of a Pharmacist

A pharmacist working part-time earns an average hourly wage of $58.52. If you want to earn higher wages then you must know that working in Vermont will fetch you an hourly wage of $64.47, the highest in the nation.

The average pharmacist salary, on an average in the nation is $121,710. While a pharmacist enjoys a reasonably high pay scale in healthcare careers, there are various factors which influence the amount you will earn, such as educational background, location of work, level of experience and type of employer. You must know that working full-time will add up several benefits and allowances to your salary, which a part-timer may not enjoy.

For starters, employee benefits influence a pharmacist pay in a significant manner. Depending on the type of industry you are working for, the salary benefits you enjoy will vary. While pharmacists working for the state and local government are paid lower salaries as compared to the private sector, their allowances and benefits add up to a good 37.4% which eventually translates to a higher pay scale of $162,778. On the other hand, pharmacists working for the private sector enjoy a higher base salary, however the benefits they enjoy are a 30.4%, which adds up to an annual take home package of $159,049.

Factors That Will Play a Role in How Much I Earn

How much will you earn as a pharmacist will depend on several factors. It is good to factorize what influences your earnings, so you can make a well-informed employment decision.

Where you work will be an important deciding factor of your salary. If you are based in large metros, your pay packages will be considerably higher for obvious reasons of higher cost of living in cities. While a pharmacist living in Victoria, TX earns the highest annual salary of $164,150, someone working in Carbondale-Marion, IL earns the lowest wage of $128,550.

Pharmacist graduates from reputed and accredited pharmacy schools usually have an edge in the job market and command higher salaries. A first-time pass attempt on the NAPLEX also can be an added factor that influences the amount of money offered to you and may very well translate into a higher pay scale.

As in any health care setting, with work experience a person's skills and knowledge are honed. Seniority at work will let you command a higher pay. With years of experience you can also expect to earn perks such as insurance and medical benefits.

The amount you earn will also depend on the type of employer you are working for. Pharmacists working for outpatient care centers or pharmaceutical manufacturing companies usually earn higher, while those working for mail order pharmacies earn comparatively smaller pay packages.

Considering the salary growth from 2008 to 2017, a pharmacist earns 22.99% higher in 2017 than what he earned in 2008. However, each year the growth has been almost consistent, the reason being a balance in the demand and supply of pharmacists.

The salary of a pharmacist has seen a meager growth of 1.34% in 2013. Pharmacist working at mass merchants with pharmacies enjoyed the highest salaries, while those working for retail pharmacies earned the lowest annual salaries this year.

In 2014 as well, the salary trend for pharmacists' remains the same with a growth of 1.69%, the salary grew at the same rate in 2014 as did the average salary for all healthcare workers.

In 2017, the salary growth has bounced back to 1.20%, indicating a promising growth trend in the salary of a pharmacist.

The 10-year job outlook for pharmacists is rather raising concern about employment opportunities. With a 5.57% growth rate, pharmacists in the nation will be vying against each other for lucrative job positions. The rapid increase in number of pharmacy graduates has tilted the balance a bit, with supply taking over the demand. However, this is no reason to be discouraged as although demand for pharmacists preparing prescription medication in a pharmacy may be decreasing, their role is expanding, and they are taking up significant positions in drug research and manufacturing.

How Many Pharmacist Jobs (New + Replacement) are Being Created Annually?

Nationwide, each year there are 15,300 pharmacist job positions that require to be filled. These include new as well as replacement position for retiring pharmacists. Although there are jobs out there for you to take, the takers for the same are a lot more. A piece of advice would be, to equip yourself with all the skills and knowledge to stay ahead in the employment race. Being competitive is the way to be in the pharmacy job market.

A pharmacist is paid the highest salary of $129,880 by outpatient care centers as the job entails handling rigors of the work environment. The lowest salary comes from merchant wholesalers paying an annual age of $120,010. A small number of pharmacists that work for pharmaceutical and medicine manufacturing earn a handsome annual wage of $128,720.

As a clinical pharmacist you will work directly with patients and require having extensive knowledge of drugs and their effects. They work usually in a medical center, hospital or clinics. A clinical pharmacist is required to be a Doctor of Pharmacy graduate holding a valid state license. Clinical pharmacists earn an annual salary of $131,739, higher than other pharmacists, but lower than the ones working in retail.

As a hospital pharmacist you will work in a hospital, interacting with patients, discussing their medications and educating them about side effects. You will advise hospital staff about newer medication options and the best delivery method they should opt. A Pharm. D. and passing the NAPLEX are the educational requirements to become a hospital pharmacist. The BLS projects that employment for pharmacists working in hospitals, physician offices and outpatient care centers will grow more quickly compared to the one working for retail settings. However, comparatively, a hospital pharmacist, earns the lowest salary of $117,633

A consultant pharmacist earns an annual salary of $129,183 and fulfills varied roles. Primarily playing a pharmacist, you are required to educate elderly patients and healthcare providers on various medical issues and treatment protocols involved with senior care. You will require completing your Pharm. D. and getting your state license. With a country of a large aging population, job prospects for a consultant pharmacist working in sub-acute care, assisted living facilities and psychiatric hospitals are certainly bright.

Salaries at Top Retail Pharmacies in the Unites States

Pharmacist salaries greatly vary across all the states in the country. States with a higher cost of living usually pay higher salaries as compared to states where spending on utilities is lower. Alaska is one of the highest paying states with salaries ranging from $110,670 to $165,790, considering its weather conditions makes cost of utilities, on an average more expensive than anywhere in the country. Some of the other high paying states are California, Wisconsin and Vermont. Utah on the other hand, pays its pharmacist the lowest salaries, averaging at $111,110, annually, however your cost of living in the state will be comparatively much lesser.

Demand for pharmacists across the states mainly depends on factors such as population, presence of pharmacies and pharmaceutical manufacturing companies and number of pharmacy schools. Considering 2016 as our base year, the highest employment for a 10- year period is projected in Utah, followed by Arizona and Idaho. Maine is the only state that projects a negative growth rate of -1.37% through 2016 to 2026.

Knowing how much a pharmacist earns in other metros will help you plan your work location. Pharmacists working in Victoria and Tyler in Texas take home the highest pay packages. Conversely, Napa, CA and San Antonio-New Braunfels, TX pay some of the lowest pharmacist salaries in the country. As far as salaries are concerned, Texas comes across as a favorable career destination for a pharmacy career, added to it the fact its large population and availability of good pharmacy education only make it a conducive location to thrive in this career.

Pharmacist VS Other Healthcare Occupations

Well, considering the increasing growth of the healthcare sector, healthcare professionals have a steady demand in the job market. With an annual average salary of $121,710, a pharmacist is certainly a great start for fresh graduates to directly start with a 6 figure pay check soon after graduation. However, over the course of this career, the salary does not provide much growth as compared to that of a dentist or a nurse practitioner. The employment growth rate for a period through 2016 to 2026 is 5.57%, which is lower than other health careers. The expansion of pharmacy programs has greatly impacted the job market for pharmacists tilting the scale towards supply and somewhat creating a surplus.

So, is it worth your time and money to become a pharmacist? Well, the answer to this question simply depends on your career aspirations and expectations out of this career. A pharmacy career requires six to eight years of education. This requires a lot of your investment in terms of time and money. Moreover, studying pharmacy is no cakewalk. It requires commitment and dedication to succeed. However, the job prospects for pharmacists are not exactly great. With a surplus of pharmacists entering the job market each year and demand rather remaining constant, it could most likely get difficult to maintain the supply and demand equilibrium. Moreover, pharmacist salary, although starting at a promising 6 figure pay check does not see much growth over the course of the career. To sum it up, pharmacist career outlook varies by industry. Pharmacist working for non-retail settings such as hospitals, physician offices will witness better job growth as compared to retail pharmacists. Pursue this career if helping patients towards wellness can give you job fulfillment, while you earn a six-figure salary and do not mind limited professional growth.